Lady of the lake is a videogame concept about a tribe trying to survive and thrive during the end of times when the dark hordes of Chaos envelop the world. They do so by making a pact with the spirit of a girl who was once drowned in a lake and has forever since been trapped as an entity in the mortal realm. She brings the tribe power while they worship her and feed her with their beliefs and sacrifices.

The objective of the game is surviving, managing and growing a community of warriors while expanding their faith and trust in the lady of the lake to make her more powerful. All of this while holding the forces of chaos in line and saving the world of man from doom.
‍
The player has to combine real time strategy with RPG and exploration elements, being able to manage single champions, as well as armies and settlements, and make difficult decisions that change the outcome of the world around them.

This is the first dialogue box screen test for the game, inspired in Hades, Digimon and the persona series. 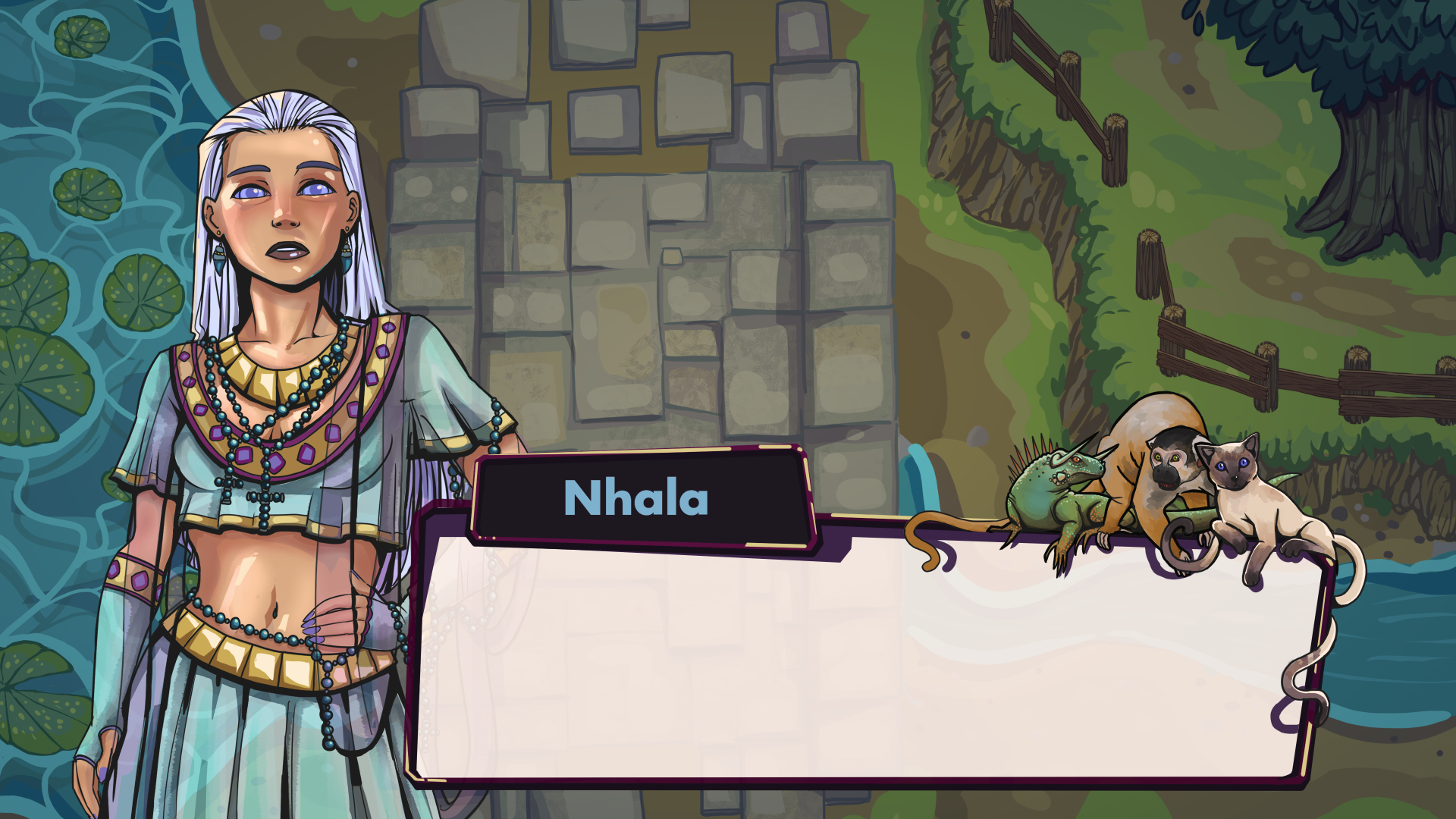 This is an inventory screen I developed as a test for another project I was working on which has more mature and realistic visuals and is inspired in the Witcher series. I decided to modify it a little and add it to this journey to try and find the outlook I want for this game. For this I created a set of icons, items, slots, text and a character. 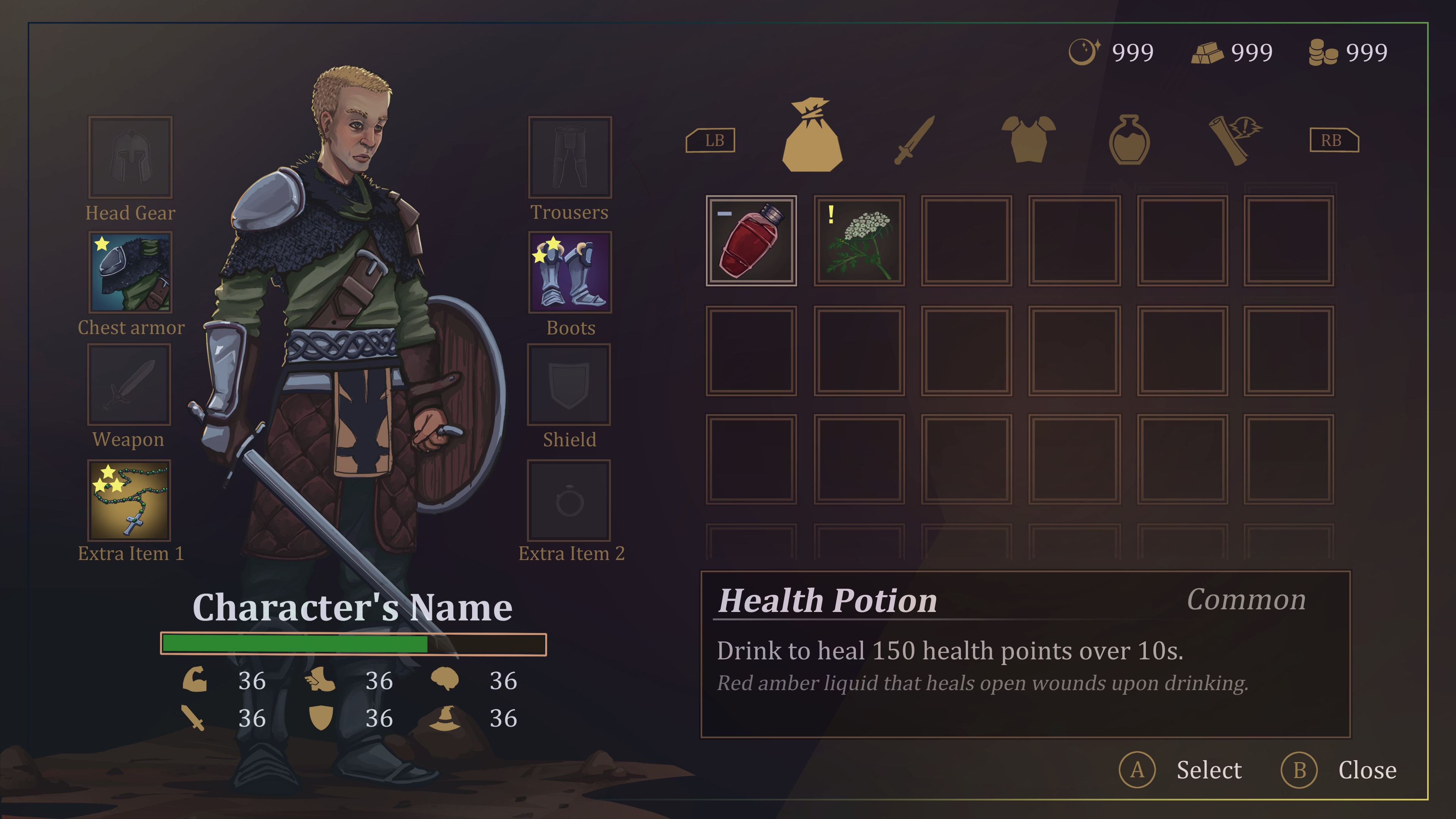 I'd love to hear from you!

Reach out to me!

Thank you! Your submission has been received!
Oops! Something went wrong while submitting the form.